The EasyTerritory product team has been hard at work on several major new features for our January 2018 release (ver: 2.91.6).  First, we’re pleased to introduce Automatic Territory Building (Auto-Build, for short)!  With Auto-Build, a territory manager can build territories from scratch or realign territories, balancing on a column in your data.  For example, territory balancing can be done on the amount of open revenue, work load, or number of accounts.   Take a look at this video to see Auto-Build in action:

In addition to the new Auto-Build feature, we’ve enhanced the Markup panel to support Grouping.  Grouping is a handy way to organize your map Markup.  For example, a Group could be a ‘Region’ for a collection of territories or a set of driving routes that were created by the bulk route feature.

Grouping the Markup also allows for the following across all Markup items in the group. 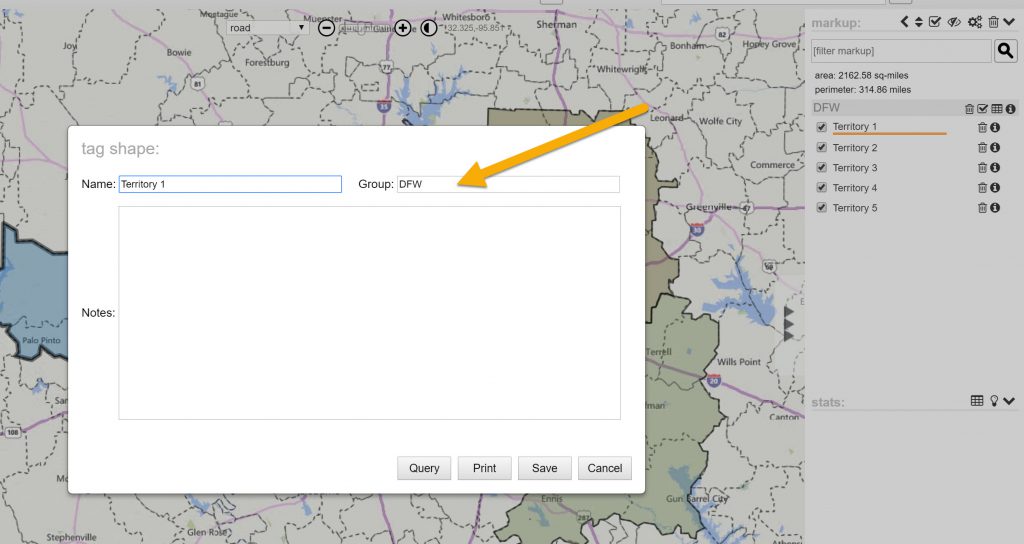 Another exciting new feature for our Dynamics 365 customers is the ability to push record results to a target entity in CRM.  This capability will support scenarios in Dynamics 365 like trip planning or territory reassignment, in which you want to route records through the CRM workflow engine.  Please visit the EasyTerritory Docs page for samples on how to configure this feature with Dynamics 365.